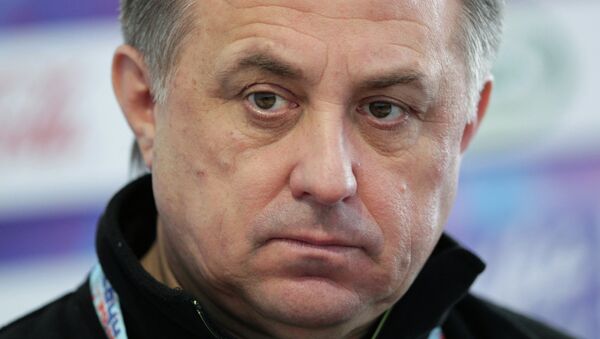 "Lemke expanded on Russia being a reliable partner in many sporting movements and once again expressed his great appreciation for the Olympic and Paralympic Games in Russia, [he] said that it was an outstanding event," Mutko told reporters after the meeting with Lemke.

"And, of course, he expressed regret that at first many countries were … excessively negative [about Russia hosting the Olympic Games]," the minister said.

Mutko also compared this situation to the critique of the FIFA World Cup in Brazil.

The meeting between Lemke and Mutko was held on Thursday morning within the framework of the 2014 "Russia – Country of Sports" International Sport Forum.

The forum will be held in Cheboksary on October 9-11. It will be dedicated to the importance of sport for every society.