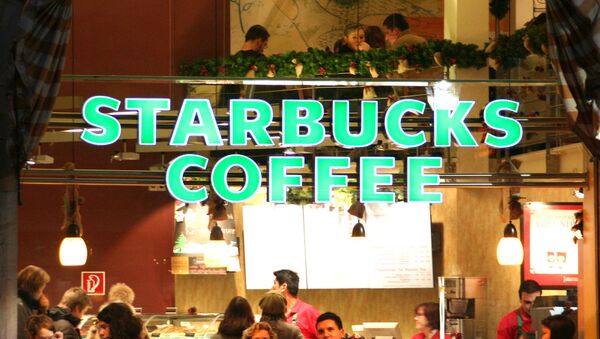 “Starbucks purchases more than 93 million gallons of milk per year (which is about 155 Olympic swimming pools), which is a low figure since they have greatly expanded the number of stores since this data was published. They could be called a milk company rather than a coffee one,” McCann said. “We staged a social media blitz over the weekend that was successful in raising awareness for consumers on the issues surrounding Starbucks’ use of conventional dairy and the connection to the issues with GE crops.”

Over the past weekend, the group has tried to stir up a social media storm via Facebook, Twitter, and Instagram, calling on Starbucks to serve organic milk.

According to GMO Inside, a company affiliated with Green America and dealing with GMO issues, since March 2014, Starbucks CEO Howard Schultz has received more than 120,000 petitions asking for organic milk. Starbucks has remained silent on the issue.

“We are bringing this conversation into the mainstream media and were covered by several outlets. While we had our hashtag used by our opposition, overall it was a successful couple of days,” Nicole McCann told RIA Novosti.

“We have over 150,000 petition signatures and, millions of impressions on Twitter, and thousands of photos posted. Several articles got a comment from a Starbucks’ representative which is progress. We plan on continuing our campaign and using the results of the media blitz in our communications.”

McCann noted that the animal feed industry purchases the largest amount of genetically engineered (GE) corn, soy, cottonseed, and alfalfa crops in the United States, while very few independent, long-term, peer-reviewed studies testing the impact of these crops on pollinators, animals, humans, and the environment have been conducted.

“GE crops are pumped with increasing amounts of pesticides which are hurting our pollinators, environment, farm workers, and animals,” she concluded.