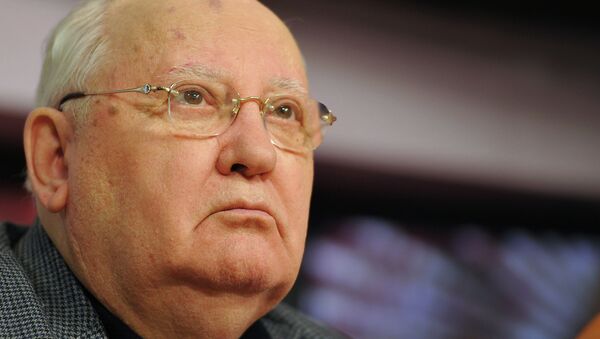 Former Soviet President Mikhail Gorbachev has acknowledged that he is in hospital.

MOSCOW, October 9 (RIA Novosti) - Former Soviet President Mikhail Gorbachev has acknowledged that he is in hospital.

"My condition in the last seven days was tolerable, but today I am in the hospital. I have a disease recurrence. I'm monitored, wires all over me," Gorbachev told the Russian News Service, noting that the illness prevented him from following the Nobel week.

Gorbachev was awarded the Nobel Peace Prize in 1990. The increased openness, which Gorbachev brought into Soviet society, helped to strengthen international confidence, the Nobel Committee said.

Mikhail Gorbachev was the first and the last president of the Soviet Union. He announced his resignation in December 1991, after 11 of the former Soviet republics had established the Commonwealth of Independent States (CIS), effectively dismantling the USSR.

In recent years, Gorbachev has often received treatment in German hospitals. He suffers from a severe form of diabetes.