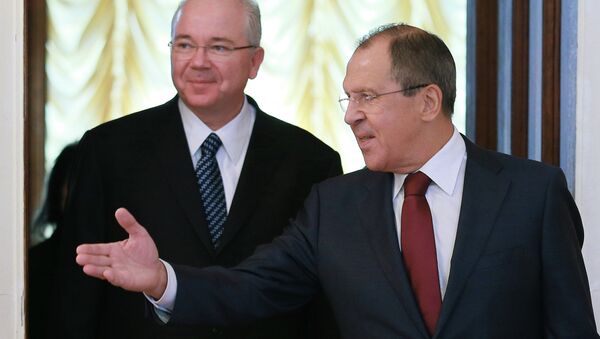 "We look forward to further progress in our bilateral plans and to strengthening of our cooperation in the international arena," Lavrov stated.

"We are confident that your experience, your views and your commitment to defend your country's interests and commitment to the development of our strategic partnership will help promote the cooperation between Russia and Venezuela," the foreign minister added.

In turn, Ramirez sent "sympathetic fraternal greetings from the President of Venezuela" to the Russian leadership.

Ramirez also stated that Venezuela was making all possible efforts within the framework of international organizations to find a peaceful solution to the situation in Ukraine.

On October 7, Russian Foreign Affairs Ministry spokesman Alexander Lukashevich told RIA Novosti that Russia and Venezuela share the same views on important international issues such as the situation in Ukraine and in the Middle East, as well as many other current affairs.

This is Ramirez's first visit to Russia as head of the Venezuelan Foreign Ministry. He previously served as the president of the PDVSA, the Venezuelan state-owned oil and natural gas company.