US Must Amplify Social Media Efforts Against Extremism:Communications Coordinator 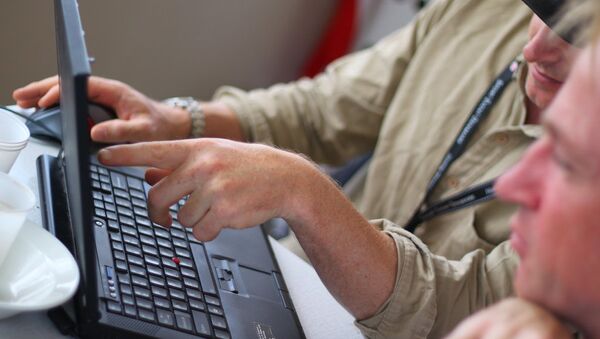 © Flickr / timoelliott
Subscribe
The United States efforts to counter terrorist and extremist messaging in the internet is a small hill, compared to the mountain of jihadi literature, social media, and video material, a coordinator at the State Department's Center for Strategic Counterterrorism Communications (CSCC) said on Tuesday.

WASHINGTON, October 7 (RIA Novosti) - The United States efforts to counter terrorist and extremist messaging in the internet is a small hill, compared to the mountain of jihadi literature, social media, and video material, a coordinator at the State Department's Center for Strategic Counterterrorism Communications (CSCC) said on Tuesday.

According to Fernandez, the anti-terrorism content cannot come from the CSCC alone. "It has to come from governments, from civil societies, from NGOs, and from people of goodwill everywhere," he said.

Fernandez further noted that it is very easy to find extremist material online, and the scope of that media extends from the horrific to the banal. "You have jihadist cat videos, you have extremist beheadings, you have sermons - the religious approach, you have the hard sell, you have the soft sell," he explained, adding that one can find "sophisticated, quality products like much of what ISIS produces" as well as the less popular amateurish efforts.

While there has been some discussion of attempting to shut down the accounts of extremist users, Fernandez dismissed the idea as unrealistic. Through its limited efforts over the past three years, CSCC has begun effectively "sowing dissent among jihadists" to the degree that in the summer of 2013, IS supporters organized a special media battalion to attack CSCC presence on Twitter. "That we were number one on their hit parade, I think is significant," Fernandez said.

Since the inception of the Counterterrorism Communications program in 2011, the agency has focused efforts on trying to regain ground in the domain of social media, where terrorist and extremists organizations have expanded recruitment and propaganda efforts. Since 2012, CSCC has written over 45,000 Tweets in Arabic, gained 70,000 followers on their Arabic Facebook page, and produced over 250 Arabic language videos, compared to only 9 videos in English.