US Deploys Apache Helicopters Against IS: Pentagon 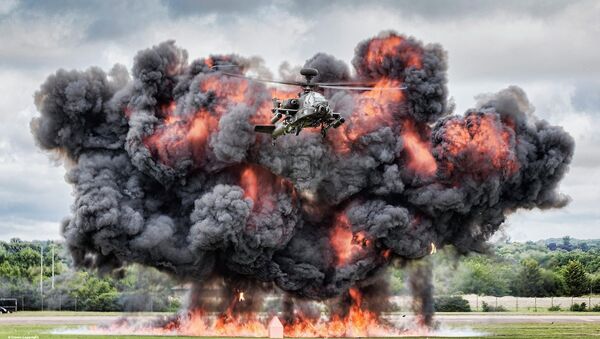 "We have started using AH-64 Apaches for airstrikes in Iraq. The Apaches are a capability that we have and that the Iraqis asked for it in support of their efforts near Fallujah to push back ISIL," the press officer said in a statement.

"The platform we use to strike specific targets is a decision that's made at the tactical level and those decisions are made, based on the target set and the effect that we're trying to achieve against that target set. In other words, that platform was the best platform to strike the target that we were striking at the time," Cmdr. Smith added.

Apaches were first deployed over the weekend. They fly lower and strike more precisely than warplanes, but are slower and vulnerable to ground attacks from the IS, a sectarian Sunni Muslim jihadist organization that controls swathes of Sunni-majority areas on either side of the Iraq-Syria border.

US President Barack Obama says the IS can be routed by US-led airstrikes and by bolstering a ground force of Kurds, Iraqis and moderate elements of Syria's opposition. In August, the United States launched airstrikes against the IS positions in Iraq. In September, the attacks of the US and its allies were extended to Syria.