US Awaiting Information From Poland to Import Apples Banned by Russia 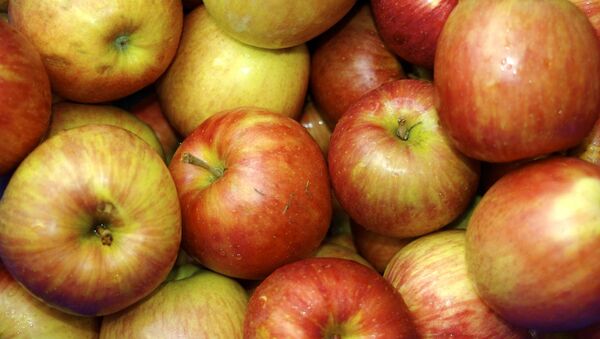 "APHIS has reached out to Poland's National Plant Protection Organization (NPPO) for additional information to initiate the market access process for a number of fruit and vegetable commodities, including apples," Bond said Tuesday.

Poland is seeking quick approval to export apples to the United States, as in August Russia imposed a one-year ban on food imports from the European Union, the United States, Australia, Canada and Norway. The move was made in response to economic sanctions that Western countries had introduced against Moscow, blaming it for meddling in Ukraine's internal affairs – claims that Russia has repeatedly denied. The importation ban targets meat, fish, poultry and milk products, as well as nuts, fruits and vegetables.

Poland is the world's largest apple producer, followed by China, the United States, Turkey and Italy.

Once harvested, many varieties of apples can be stored between three to five months. Some varieties can be stored up to one year if ideal conditions, such as controlled-atmosphere storage, are utilized. Poland harvests apples in the autumn.