Khodorkovky Says Influential Sanctions Against Russia Too Costly for West 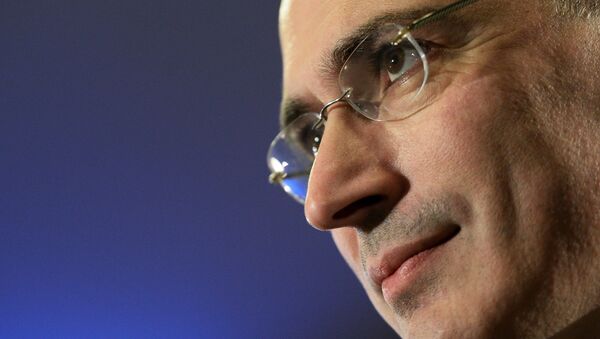 Western economies are not strong enough to impose meaningful sanctions on Russia over the crisis in Ukraine, former Russian oil tycoon Mikhail Khodorkovsky said on Monday.

"The West is not capable of taking that level of loss itself, the costs that would bring really influential sanctions on the Russian economy. I'm not all that sure that such sanctions are possible in the first place, at least in the short term," Khodorkovsky told the Council on Foreign Relations, a think tank.

He also argued that despite the dissolution of the Soviet Union, Russia is still considerably strong; much stronger than Iran, the economy of which had been significantly hurt by international sanctions.

Washington and Brussels have slapped several rounds of sanctions on Russia over its reunification with Crimea and alleged support for eastern Ukraine's pro-independence forces.

Khodorkovsky spent 10 years in prison for fraud and tax evasion until he was pardoned in December 2013. The former energy magnate has since relaunched his "OpenRussia" foundation to push for political reforms in Russia.