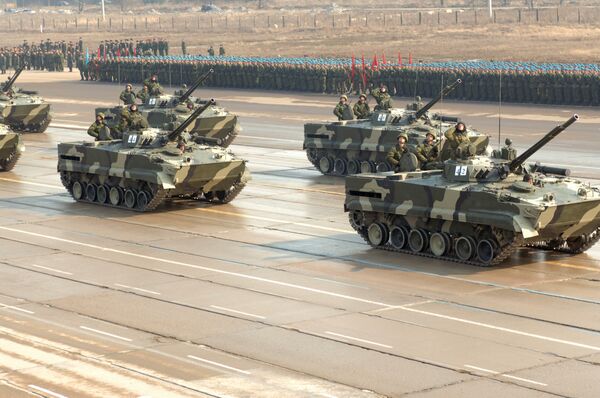 Russian Defense Ministry plans to purchase more than 11,000 of new armored vehicles, as well as 14,000 military vehicles for other purposes, providing the ground forces with 70 percent of modern equipment, Commander-in-Chief of the Land Forces, Col.Gen. Oleg Salyukov told journalists Wednesday.

"In accordance with the decision of the Supreme Commander-in-Chief, by 2020 the ground forces will be 70 percent equipped with new modern weaponry and military hardware. In total, more than 5,000 new and some 6,000 modernized units of armored vehicles and military hardware, as well as 14,000 military vehicles, are to be purchased," Salyukov said.

"The BMP-3 are purchased again, and starting next year they will be delivered in sets to ground forces units," he said.

In 2010, BMP-3 vehicles were criticized by the ministry and their delivery was suspended over inferior quality.