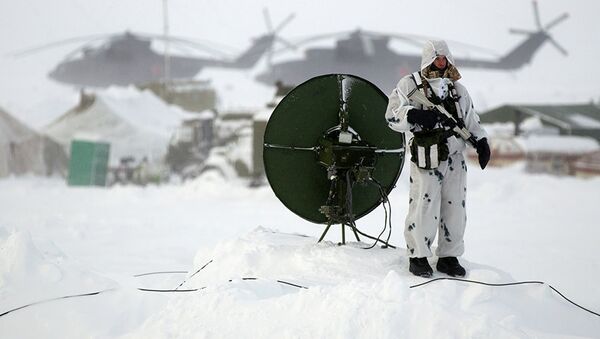 "A combined-arms task force is being formed to protect Russia's national interests in the Arctic," Salyukov told reporters.

"The first brigade is being formed in the Murmansk region, while the second will be formed in 2016 in the Yamal-Nenets autonomous district," the general said.

According to Salyukov, the brigades will patrol and defend Russia's coastline in the Arctic, accompany vessels along the Northern Sea Route and demonstrate military presence in the Arctic.

Russia has been seeking to strengthen its military, political and economic position in the Arctic for some time now. In April, Russian President Vladimir Putin authorized the establishment of a new state body for the realization of Russian national policy in the region. The president also commissioned the government to prepare a project for a full financial support of the Arctic's development program.