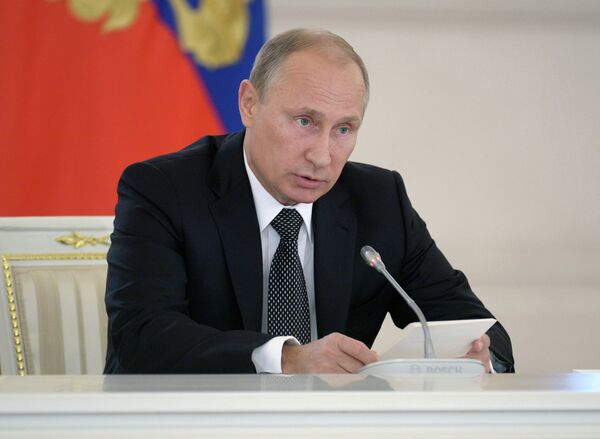 “It is evident that today we need to prepare and implement an array of additional information security measures. First of all, we need to raise the quality of protection of national communications networks and information resources, primarily those used by state structures,” the president told the Russian Security Council.

Putin said that Russia has been “recording a steady growth in cyber attacks on Russian information resources.”

"The number of these attacks has multiplied in the past six months, incomparable with levels recorded during the past year. At the same time, methods, means and tactics of such attacks have improved, and their intensity is directly linked to the current international situation," the president said.

Putin added that Russia is doing everything to ensure uninterrupted internet access in the country.

"I would like to stress that we are not planning to limit access to the Web, put it under total control, make it state-run or limit lawful interests of individuals, public organizations and business in the information sphere," the president said. "This is out of consideration."

The Russian leader noted that at the same time, Russia will gradually close websites promoting violence and extremism.

"We will be working [like all the other countries] in a consistent and strict manner, closing such websites in accordance with the law. No one should doubt that," Putin said, adding that young people should be protected from the risks of modern internet networks.

Putin stressed that the Russian government cannot turn a blind eye to the issues of extremist propaganda, xenophobia and religious hatred on the networks, as well as online distribution of child pornography as well as information on drug preparation.