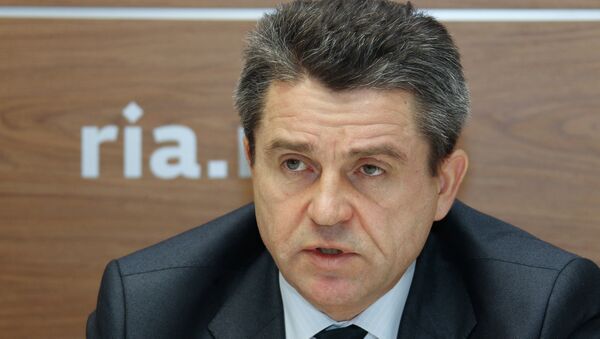 "More than 60,000 people were interviewed as part of [the] investigation," Markin said.

On Monday, Markin announced that the Russian Investigative Committee launched a case of genocide of the Russian-speaking people of eastern Ukraine's self-proclaimed Donetsk and Luhansk People's Republics.

According to Markin, "unidentified individuals from the ranks of the upper levels of Ukraine's political and military leadership, the Ukrainian Armed Forces, the Ukrainian National Guard, and the Right Sector gave commands directed at the full annihilation of Russian-speaking citizens living in the territories of the Luhansk and Donetsk republics."

Markin stressed that no less than 2,500 people died as a result.

Ukraine has been engulfed in a violent internal conflict since mid-April, when Kiev began its military operation against independence supporters in the southeastern regions of the country. The United Nations estimates that some 3,500 people have been killed and more than 8,000 have been wounded since the start of the operation.