Fears of Radicalization Among Muslim Youth Rising in Russia 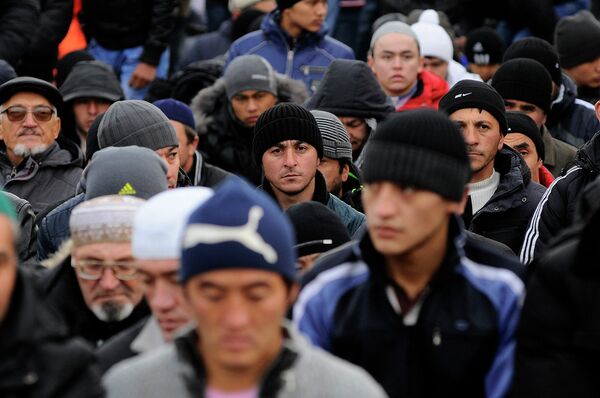 There is an increasing risk of radicalization among Muslim youth in Russia, Russian News Paper Kommersant reported on Wednesday.

MOSCOW, October 1 (RIA Novosti) – There is an increasing risk of radicalization among Muslim youth in Russia, Russian News Paper Kommersant reported on Wednesday.

A large group of Muslim youth attacked a police bus on September 26, as the police arrested a man, who drove into an officer, after being told to move his car, parked in a no-parking zone, Kommersant reported. As a result of the riots, 30 people have been arrested, World Bulletin reported.

“30 people were detained to prevent a breach of the peace and because they resisted police officers. A court imposed on them an administrative penalty and fine”, said Andrei Galiakberov, Chief of the Moscow Police Department, as quoted by World Bulletin.

One of the issues to consider is an increasing level of Islamophobia in Russia, believes Ruslan Kurbanov, senior researcher at the Institute of Oriental Studies of the Russian Academy of Sciences. “Fear, hatred, distrust, and alienation fueled by the Russian media cause a separation between different social groups in the country”, Kurbanov told Russian News Agency Vestnik Kavkaza.

“Today, we are seeing radicalization among the Muslim youth... we need to carefully study the reasons that cause this phenomenon”, Kurbanov added.

Radicalization among the Muslim youth has been reported in Western countries as well, according to the New York Times. As an international coalition, led by the United States, is fighting the Islamic State (IS) militants in Iraq and Syria, more and more British, French, American and other western citizens are joining the ranks of the radical group in the Middle East. As many as 12,000 people from around the world have so far joined the IS, Reuters said.