EU Should Focus on Ukraine’s Humanitarian Crisis, Not Constitutional Reform 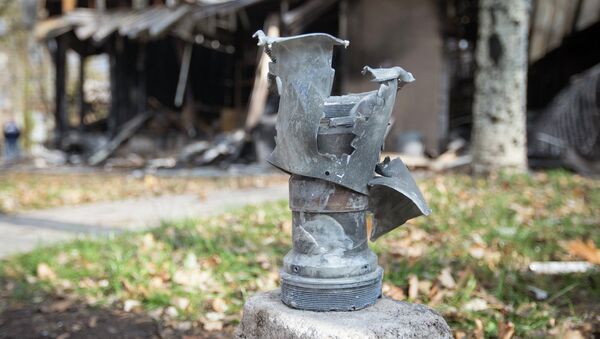 The European Union should focus on solving the dire humanitarian crisis in Ukraine, instead of talking so much about constitutional reform or upcoming elections, Moldovan delegate to the PACE Grigore Petrenco said Wednesday.

STRASBOURG, October 1 (RIA Novosti), Daria Chernyshova — The European Union should focus on solving the dire humanitarian crisis in Ukraine, instead of talking so much about constitutional reform or upcoming elections, Moldovan delegate to the PACE Grigore Petrenco said Wednesday.

“I would like to call on the Council of Europe to hold out their hand to the people of Donbas. People are living without light, heat, food, basic necessities, pay-packets, pensions. It is a humanitarian catastrophe! That is what we should be thinking about, not about the constitutional reform and the upcoming elections to the Ukrainian parliament,” Petrenco said during the PACE debate on the crisis in Ukraine on Wednesday.

Petrenco appears to be the first politician from the PACE to visit Donbas after ceasefire was announced.

“They are civilian population, they are not terrorists.” the Moldovan politician noted, adding that no justification could be found to the war crimes Kiev committed.

Since mid-April the Ukrainian government has been conducting a military operation against independence supporters in eastern Ukraine who refused to acknowledge the new government that came to power after a coup in February. Due to the conflict, Ukraine's southeastern regions witnessed severe humanitarian catastrophe, with citizens struggling without water and electricity.

The conflict has claimed thousands of lives, and, as Russian Investigative Committee spokesman Vladimir Markin said earlier on Wednesday, Russia listed 12,000 people as victims of war crimes in southeastern Ukraine.

Kiev authorities and independence supporters of eastern Ukraine agreed on a ceasefire on September 5 at a Contact Group meeting in the Belarusian capital Minsk.