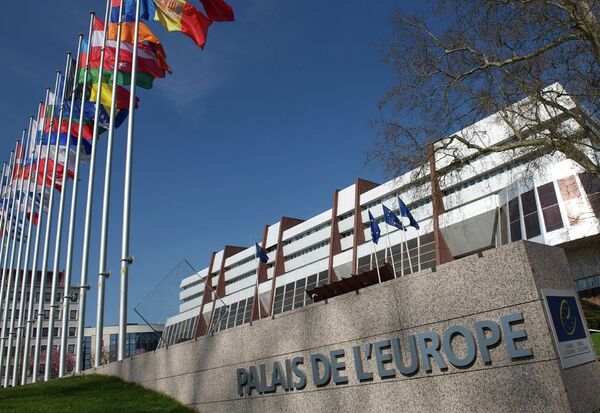 The crisis in Ukraine is expected to dominate the third day of PACE's fall session currently underway in the French city of Strasbourg.

STRASBOURG, September 30 (RIA Novosti), Daria Chernyshova — The crisis in Ukraine is expected to dominate the third day of PACE's fall session currently underway in the French city of Strasbourg.

The situation in Ukraine is no doubt one of the most pressing topics on the agenda of the PACE fall session, but Wednesday October 1 is expected to see debate escalate as the Parliamentary Assembly of the Council of Europe will hold a current affairs debate on the crisis.

The crisis in Ukraine has already proved dominant as the issue was discussed at several sittings and on the sidelines of the PACE fall session. Russia, which is one of the key parties in solving the Ukrainian crisis, has been left out during the talks.

The only Russian representative was Olga Kazakova who delivered a report at Tuesday's debate on countering manifestations of neo-Nazism.

Secretary General of the Council of Europe, Thorbjorn Jagland, and Council of Europe's Commissioner for Human Rights, Nils Muznieks, will present their viewing of the situation in Ukraine, to be followed by the discussion among European parliamentarians.

Other issues on the agenda include the activities of the Organization for Economic Co-operation and Development (OECD) in 2013-2014, a debate where OECD Secretary General Angel Gurria will make his statement on the functioning of democratic institutions in Georgia.

At the last sitting, the assembly's Monitoring Committee will present its annual progress (October 2013 – September 2014), taking stock of its activities and assessing the progress made by the ten countries under the assembly's full monitoring procedure.

The assembly's fall session takes place in Strasbourg from September 29 to October 3, 2014.

The Russian delegation has skipped PACE fall session due to the split with the West, after the assembly agreed in April to curb Russia voting rights following the conflict in Ukraine and Crimea's reunification with Russia. In spring, Moscow officially informed PACE about its decision to halt bilateral cooperation and bowed out of the summer session.