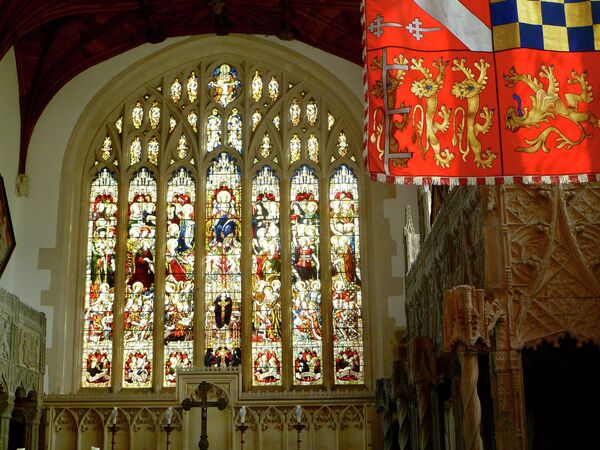 © Flickr / Herry Lawford
Subscribe
After having resigned on Saturday for breaking the vows of celibacy, the Bishop of Arundel is now facing a legal threat from a man, whose wife he had slept with, The Telegraph reports.

MOSCOW, September 29 (RIA Novosti) – After having resigned on Saturday for breaking the vows of celibacy, the Bishop of Arundel is now facing a legal threat from a man, whose wife he had slept with, The Telegraph reports.

The 63-year old Kieran Conry confessed being “unfaithful”, after having a relationship with a woman. As a result of breaking his vows of celibacy, the Catholic priest resigned on Saturday, the BBC said.

Now, the husband of the woman, with whom Conry had the love affair, is filing a legal case against the bishop. The 43-year old woman allegedly stayed over at least three nights at Conry’s house earlier this year, The Telegraph said.

Love letters between the two were discovered, in which the priest told the woman that her husband no longer loved her. The man, who has also filed for divorce, claims that the bishop’s sexual affection for his wife was known among the Catholic clergy. Their failure to take actions against Conry’s advances toward the woman has led to the breakup of his marriage, the man said, according to The Telegraph.

Catholics from Arundel and Brighton have continued praying for their former bishop, offering him their forgiveness, said the Church. Meanwhile, the husband has hired a lawyer and considering a legal action against the Church, the Telegraph reports.