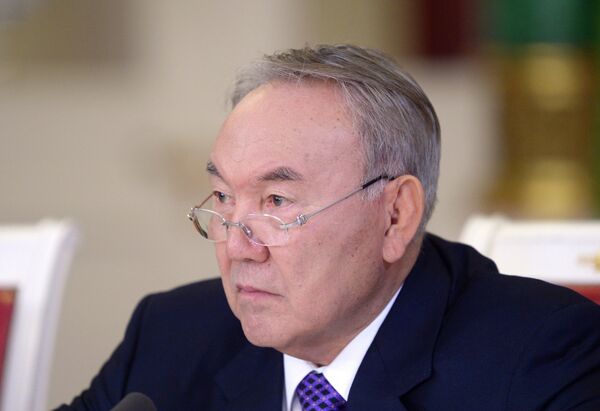 “Taking into consideration the situation on the world market, we could investigate the possibility of bringing the economies of our countries closer to involve mutual trade. Before regulating the legal status of the Caspian [Sea] we may lay down the foundations for mutual economic activities. I suggest looking into the suggestion of creating a Caspian free trade zone,” Nazarbayev said.

According to the Kazakh president, this issue "could become one of the first discussions on the government levels" of Kazakhstan, Turkmenistan, Iran, Azerbaijan, and Russia.

Nazarbayev also said that the meetings between the leaders of the Caspian Sea littoral states should be held at least once in every two years and proposed for the 2016 Caspian Summit to be held in Kazakhstan.

The Caspian Sea littoral states include Russia, Azerbaijan, Iran, Kazakhstan and Turkmenistan. The current 4th Caspian Summit between the Presidents of the five states is being held in Astrakhan, southern Russia, on September 29.

Earlier on Monday Russian President Vladimir Putin announced that the heads of the five states have agreed on a joint statement to outline future agreements on cooperation in the region.