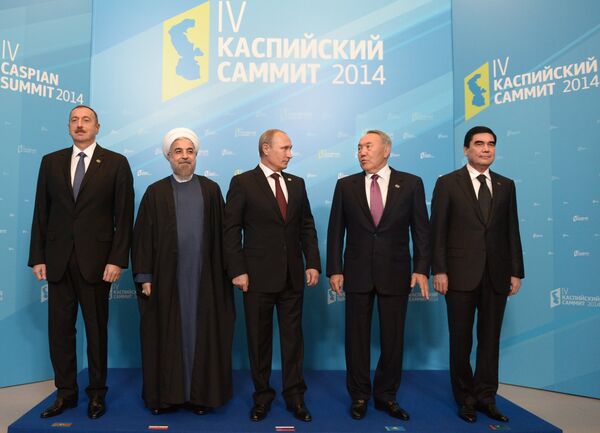 “Most importantly, we have agreed on a political statement that for the first time lays down basic principles of five-party cooperation in the Caspian region. These agreements are in long-term interests of all sides,” Putin said.

“We appreciate our partners’ readiness to search for necessary and mutually acceptable compromises,” he added.

On September 26, the Caspian Sea states agreed to prevent the military presence of nonregional countries in the region.

They also made significant progress in the preparation of a convention on the legal status of the Caspian Sea, which may be signed in 2015.

The Caspian Sea littoral states include Russia, Azerbaijan, Iran, Kazakhstan and Turkmenistan. After the collapse of the USSR, several countries have shown interest in the region.

Its large fish resources and oil and gas deposits have made the Caspian Sea a subject of territorial talks among the five states.