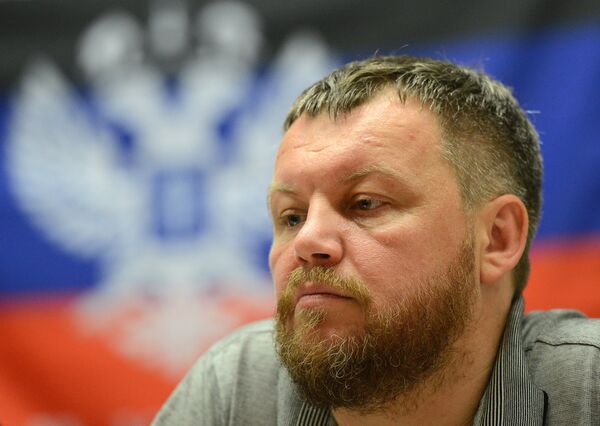 "Ukraine palms off the wrong people during exchanges. Out of 60 people we were offered in the list for the next exchange, 45 were hit-or-miss," Purgin said.

"We have many examples of this. For instance, we were handed over [a man] that was supposed to be one of our prisoners, but he told us that he used to work in Kharkiv as a taxi driver, was caught driving under influence, arrested, and send to the exchange as an alleged war prisoner," the deputy prime minister told RIA Novosti.

According to Purgin, Donetsk authorities have only handed over actual Ukrainian soldiers. "All those we hand over are people who served in the Ukrainian Army or the National Guard and carried weapons," he said.

During the last prisoner exchange, which took place on Sunday, one of the captives released by Ukrainian forces told RIA Novosti that he resides in the southern city of Nikolaev and was arrested because he called for his hometown to secede from Ukraine during protests.

Another freed detainee said that he is a music teacher and was arrested for telling a relative over the phone that he could see Ukrainian military equipment from his window. Both men claim that they had nothing to do with the Donetsk militia.

A third "war prisoner" told RIA Novosti that he is a resident of Kharkiv. "I went out to smoke by the entrance to my house. Armed men drove up to me in a police car, shoved me into the car and took me to the police [station]," he said.

The young man, who presented himself as Aleksander, said that he was accused of separatism, had a criminal case filed against him, and was forced to confess to committing murders. "I was beaten so that I would take the blame for murdering several people. They said that I was a terrorist. I did not understand what was going on," he said.

Aleksander is now afraid of returning back home. "I have a criminal case filed against me there … I do not know if I will be imprisoned again if I go back to Kharkiv," he told RIA Novosti.

Independence supporters and Ukrainian authorities have so far carried out five prisoner exchanges. The swaps follow an agreement that was reached during a meeting of the trilateral Contact Group on Ukraine on September 5.