Syrian Foreign Minister: US to Conduct Airstrikes Against IS for 3 Years 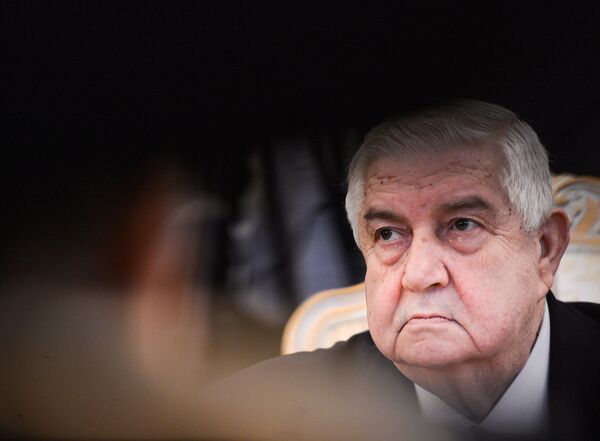 The United States has informed Syria that it will conduct airstrikes against the Islamic State (IS) for three years, Syrian Foreign Minister Walid Muallem said Saturday.

"They [the United States and its allies] said they will strike for three years. They informed us but this doesn't mean they have our acceptance,'' Muallem said.

Earlier in September, the United States announced the formation of an international coalition aimed at fighting IS militants. Washington and its allies have already conducted a number of airstrikes on IS positions both in Syria and Iraq.

The United States has been carrying out airstrikes against the IS on the Syrian territory without any formal permission from Damascus.

Russian Foreign Minister Sergei Lavrov said Friday that the coalition should seek consent of the countries, in which the airstrikes are conducted.