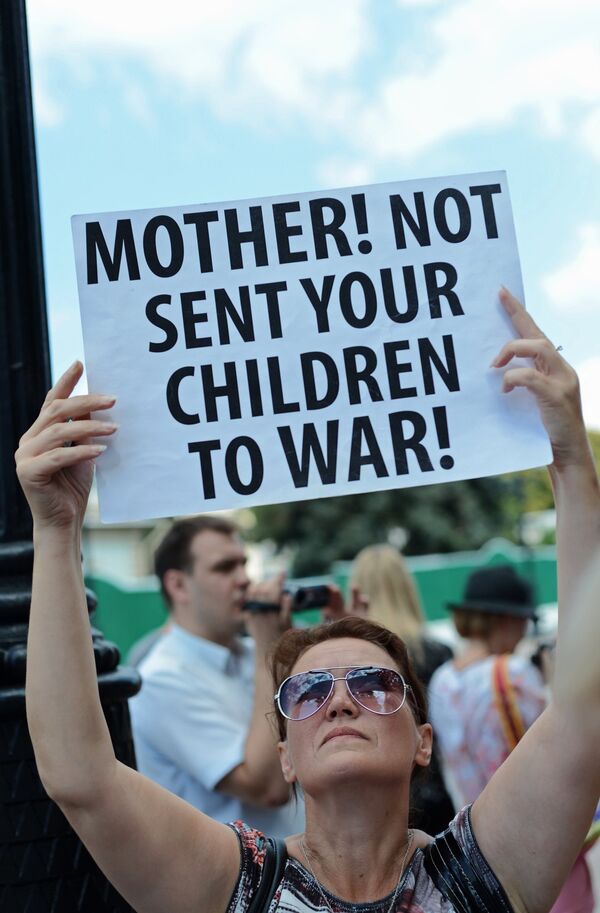 "The police, SSU and the Right Sector are violently dispersing the march," Sysoenko said. "We have asked for permission, but they turned us down; we keep on applying."

According to Sysoenko, they arrested him in Zaporizhia and threatened "to break his arms and legs". They also took away his car.

"About 1,500 people came to Zaporizhia. They were not allowed to speak against war. It feels they support war," he added.

The March of Peace also took place in Dnipropetrovsk, gathering around 1,200 people, as well as in the center of Kiev, where it saw about 3,000 people taking part, including Paralympic champions, community activists, political statesmen as well as soldiers who had returned from the zone of special operations in Donbas.

In the meantime, the Ukrainian police had earlier dispersed the March of Peace in Kharkiv, which was to take place on September 27, since it was banned by a court decision. According to police records, about 100 people attended the march despite the ban of which 23 were taken under arrest. All of the activities were later let to go.

A similar march took place in Odessa, with 1,500 participants. According to activist Oleg Negaturov, the march did not take place because of the representatives of the Right Sector who were present. Negaturov noted that while there was no fighting, verbal altercation happened.