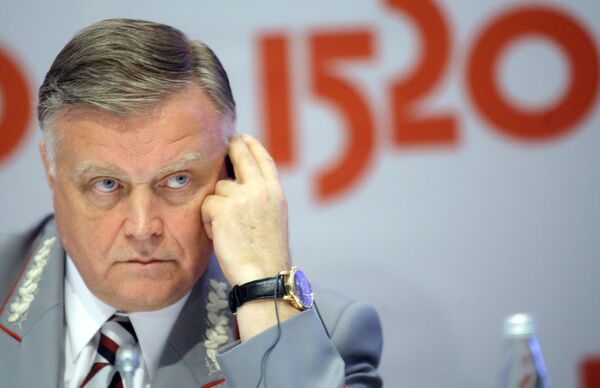 MOSCOW, September 26 (RIA Novosti) – By imposing sanctions, the United States is willing to erect invisible but still impassable barriers between Russia and Europe, Vladimir Yakunin, head of state-owned Russian Railways, said in an interview with RIA Novosti on Friday.

According to the rail company chief, the sanctions the United States has placed on Russia are without a doubt politically motivated and are not that straightforward as they may seem.

“This is not an attempt to complicate the economic situation in Russia and exert political pressure on the leadership of our country. The hidden motive behind all this is to create invisible but impassable barriers between Europe and Russia,” Yakunin said.

The United States started unveiling sanctions against Russia following Crimea’s reunification with the country back in March. The European Union soon followed its lead and announced similar measures.

Since that time several rounds of sanctions targeting Russia’s oil, banking and defense sectors, as well as a number of senior officials, have been introduced. Russia has deemed the measures as ineffective.