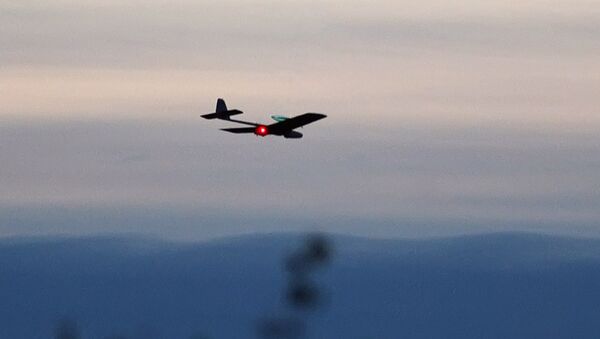 Russia’s envoy to the Organization for Security and Cooperation in Europe (OSCE) Andrei Kelin said UAVs produced by Austrian company Schiebel are currently being prepared and their ground operators are being trained.

“Three groups have been preparing UAVs [for the mission], the Austrians and two other countries. One of them is Germany, the other will not be named so far but it has also offered its services,” Kelin said.

On September 13, Ukrainian President Petro Poroshenko said he had officially authorized the OSCE mission to deploy drones. Later he announced that the first drones would arrive in Ukraine on Friday. However, an OSCE spokesperson refuted his statement today, adding that the drones will arrive by the end of October.

The Kiev government and independence forces in southeastern Ukraine agreed on a ceasefire at the September 5 meeting of the Contact Group in Minsk. Since the truce was established, the conflicting sides have repeatedly accused each other of violating the regime, although the OSCE said earlier this month that the truce was generally holding.

The OSCE Special Monitoring Mission to Ukraine was deployed at the request of the Ukrainian government and a consensus agreement by the OSCE's 57 participating states. The monitors are working on reducing tensions and fostering peace, stability and security in the country, the OSCE website states.