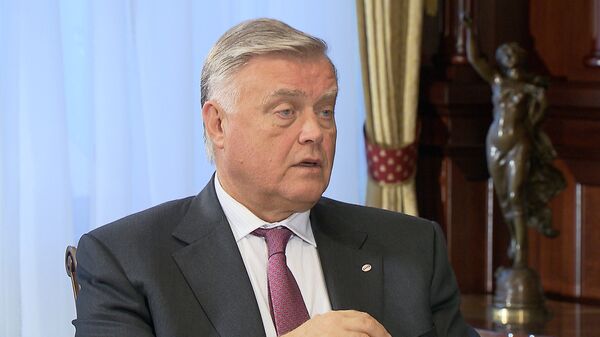 The restriction of Russian banks' access to Western financial markets have a direct impact on Russian Railways, the company's president Vladimir Yakunin told RIA Novosti in an interview Friday.

"Sanctions themselves do not bring any pleasure, because they are also affecting the company. Sanctions were imposed on access to financial markets. Does this affect the company? It does, in the most direct way," Yakunin said.

The European Union and the United States have imposed several batches of sanctions on Russia over its alleged involvement in the Ukrainian crisis, a claim Moscow has repeatedly denied.

Yakunin also recalled that he was on the list of individuals sanctioned by the United States and Australia, but not by the European Union.

"I won't see kangaroos. The property that they want to seize in the United States – cannot be located... By the way, in Europe, not everyone knows that the sanctions were imposed [only] by Americans and Australians and many ask 'How are you going to Europe if you are kind of under sanctions?' Europe did not impose sanctions on me," the railway chief said.