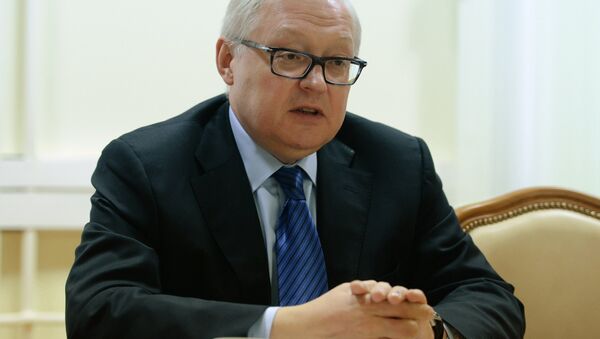 "It does not look like that any of the main issues are going to be resolved soon," Ryabkov said.

"The ministerial meeting depends on whether any concrete solutions to the main issues will be formulated. So far, it has not happened, unfortunately," Ryabkov noted, commenting on the prospects of a potential meeting of the P5+1 group (Russia, the United States, the United Kingdom, China, France and Germany) within the framework of the UN General Assembly.

Tehran and the P5+1 group of international mediators are currently holding talks in New York. During talks held in Geneva in November 2013, the parties agreed to reach a deal guaranteeing the peaceful nature of the Iranian nuclear program by July 2014. The deadline for the agreement was later postponed to November 2014.

The West and Israel accuse Iran of attempting to develop nuclear weapons under the guise of a civilian nuclear program. Tehran argues that its nuclear development is for peaceful purposes only and is aimed at meeting the country's growing energy needs.