Plushenko May Take Part in 2018 Olympics 'if Health Allows' 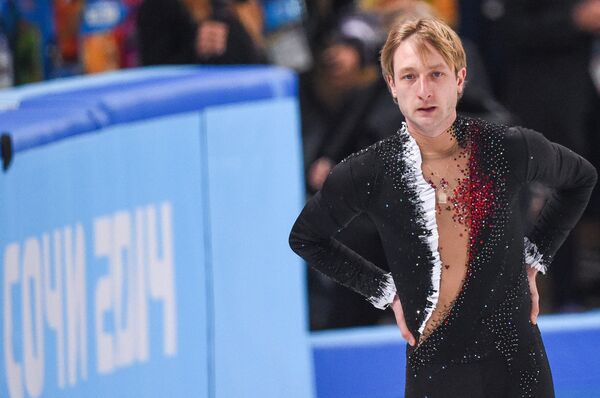 “If my health allows it, then perhaps I will continue competing, and will try to enter my fifth Olympics,” Plushenko said.

He told the interviewer that he feels “much better” after a back operation which he received in March.

Plushenko will skip the upcoming figure skating season, including the Russian, European and world championships, although he began training again in May and made an appearance in Japan this June.

The figure skater was forced to leave the Sochi Olympics due to an injury to his back, but not before participating in a team event which won him his second gold medal.

Immediately after he was injured, the 31-year-old had said that he planned to retire from the sport, but later stated that he hoped to continue to compete. He is the only Russian figure skater to have appeared in four Olympics.

In addition to his 2014 victory, Plushenko also received a gold medal in 2006, and a silver medal in the 2002 and 2010 Olympic individual figure skating events. He is also a three-time world champion, a seven-time European champion, and a four-time Grand Prix Final champion.