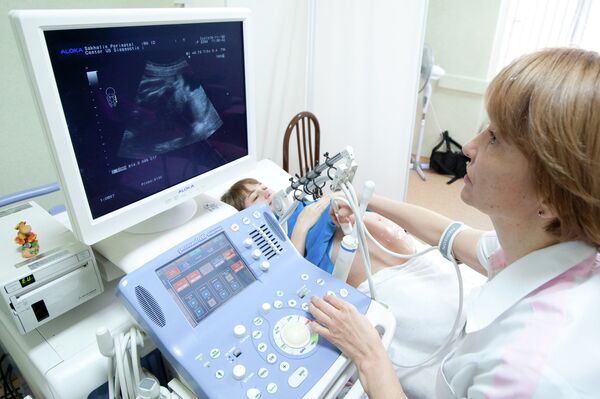 The government of Spain has withdrawn a controversial bill that was to widely outlaw abortion in the country, RTE reported Tuesday.

MOSCOW, September 23 (RIA Novosti) - The government of Spain has withdrawn a controversial bill that was to widely outlaw abortion in the country, RTE reported Tuesday.

"We will continue to look for ways to reach the widest consensus," Spanish Prime Minister Mariano Rajoy was quoted by RTE as saying after the bill was abandoned.

The bill was proposed by the ruling People's Party (PP) and suggested that abortion be resorted to only if pregnancy posed a serious health threat, or if it was a result of rape.

The bill was met with protests as well as wider dissent within the PP itself.

Even though the majority of the population are against the ban on abortion, the country's government is reported to continue seeking amendments to the law in a bid to forbid 16- and 17-year-old young women having an abortion without parental consent.

"We cannot have a law that will change within the first 30 seconds of a new government entering power," RTE quoted Rajoy as saying.

Spain first saw abortion decriminalized in 1985. The law permitted abortion where malformed fetuses, rape or mental or physical threats to the mother's health were concerned.