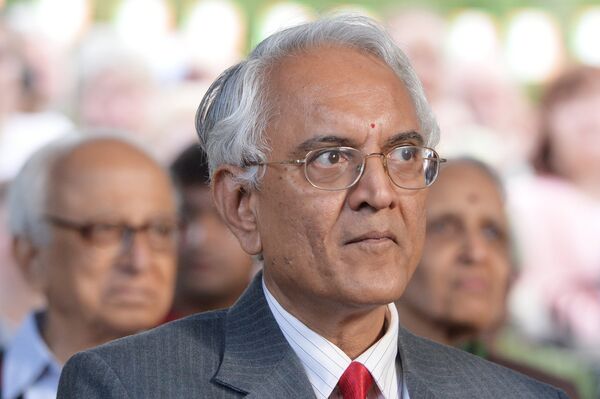 India and Russia should increase trade volumes between the two countries to diversify their trade baskets, P.S. Ragahvan, the Indian Ambassador to Moscow stated in an interview with The Voice of Russia Tuesday.

MOSCOW, September 23 (RIA Novosti) - India and Russia should increase trade volumes between the two countries to diversify their trade baskets, P.S. Ragahvan, the Indian Ambassador to Moscow stated in an interview with The Voice of Russia Tuesday.

"We have to move from commodities and some specific sectors to a much wider variety in our trade basket. Until we do that, our trade will remain limited. That is what we are trying to do," the ambassador stated.

According to the ambassador, there are sectors in which trade is flourishing.

"Pharmaceuticals are one which I have mentioned; in defense, which is in the opposite direction, from Russia to India, there is vibrant trade. And then of course, we have trade in commodities, everybody knows about Indian tea, coffee, tobacco etc.," the ambassador added.

Now the two countries are working on increasing cooperation in the engineering sector.

"We are trying to show possibilities of collaboration in joint ventures, collaboration in manufacture. You know the new initiative that our Prime Minister has recently launched: it is called "Make in India." Basically, we are inviting foreign entrepreneurs and foreign industries to come to India and get their requirements manufactured in India. So come and make in India, you can get your product cheaper, you can make your product of high quality and this will boost exchanges between our two countries," P.S. Ragahvan said.

According to The Voice of Russia, the annual trade volume between Russia and India is estimated at only $10 billion although both countries are striving to increase the volume. In October 2000 Russian President Vladimir Putin paid an official visit to India and signed the Declaration on the India-Russia Strategic Partnership. Under the Strategic Partnership, several institutionalized dialogue mechanisms operate at both political and official levels to ensure regular interaction and follow up on cooperation activities. During Putin's visit to India in December 2010, the Strategic Partnership was elevated to the special and privileged level.