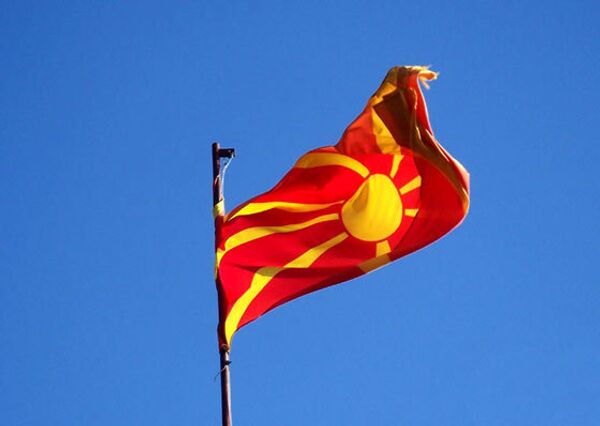 © http://venividi.ru
Subscribe
A statement given by Jess Lippincott Baily, the newly appointed US Ambassador in Republic of Macedonia, has sparked a heated debate among ethnic Macedonians, who claim that the Ambassador "negates the existence of the Macedonian people."

MOSCOW, September 22 (RIA Novosti), Ekaterina Blinova - A statement given by Jess Lippincott Baily, the newly appointed US Ambassador in Republic of Macedonia, has sparked a heated debate among ethnic Macedonians, who claim that the Ambassador "negates the existence of the Macedonian people."

"Mr. Jess Lipinkot Bailey will come to service in the country in which he negates the existence of the Macedonian people. Namely, during a questioning in the Committee on Foreign Relations he expressed that Macedonian Slavs were a majority and ethnic Albanians a minority in the country," writes Mina, a Macedonian web resource, in an article "New US Ambassador, Not Making Friends in Macedonia."

The roots of the problem lie in the long-standing dispute between the Republic of Macedonia and Greece regarding the so-called "name issue." The Greek government argues that the Republic of Macedonia does not have the right to use its name, as in Greece there also is a region called Macedonia.  Because of the long standing territorial dispute between the two countries, Athens has blocked Macedonia's request for NATO and EU membership.

"The most worrying thing here is that the new US Ambassador has an identical position with Athens - to negate Macedonians. The Macedonian Government may not have the courage to deny Jess Baily the Ambassadorial post to Macedonia and ask for a new diplomat, someone who doesn't insult the country, however Mr. Baily has ensured his stay will be uncomfortable and short," the Macedonian web resource stresses.

The crux of the problem is thatthe American Ambassador avoids using the word "Macedonians", instead  replacing it with the term "Slavs." tThe Macedonian population is inclined to consider him "unfriendly" and pro-Greece. In this light, they express deep concerns about US-Macedonian relations.

Remarkably, though the Macedonian Ministry of Foreign Affairs has emphasized it was discontent with Jess Baily's stance, the FM's statement written on the official website in Macedonian language has not been translated into English.

In addition, the local Macedonian media is discussing the US Ambassador's statement.

However, it seems like they try to avoid an open discussion in English.