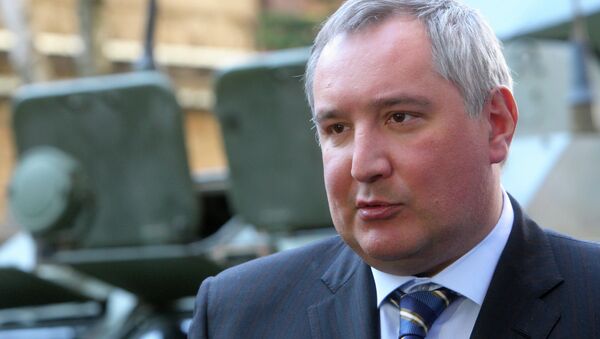 "The formation of the technical basis for strategic nuclear forces is going at a faster rate, and, in fact, we will renew not 70 percent of the SNF, but 100 percent," Rogozin said.

The deputy prime minister recalled that in 2015 the Army and the Navy should switch to "cutting edge" weaponry by 30 percent, and in 2020, by 70 percent. At the same time, Russia needs a compact Army, which, if necessary, can be relocated to "any threatening war theater."

"Should we amaze our colleagues and it is necessary to brandish all types of weaponry to surprise them? Something must be preserved as a quiet secret for yourself to surprise at the most critical moment," Rogozin said.

The Russian Army's reform began in 2008 and was the largest in post-Soviet history. The military's command and control was significantly changed, the size of the Army and number of conscripts reduced, and the number of contractors increased. The salaries of officers were significantly increased and their housing problems were solved.

It also became began undergoing a rearmament program, unprecedented by volume, which will continue until 2020.