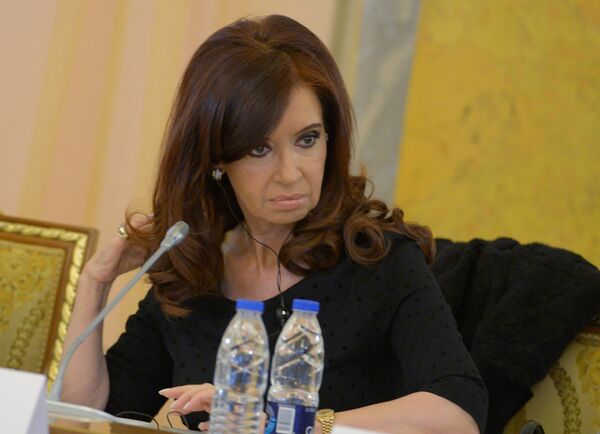 Argentina's President Cristina Fernandez de Kirchner said she had received threats from Islamic State (IS) terrorist group over her friendship with Pope Francis and Argentina's position on Palestinian issue, the local Clarin paper had reported.

Earlier on Saturday, Kirchner told reporters after the meeting with Pope Francis in Vatican, that several days ago Argentina's police reported threats towards the president of the country from the terrorist group.

According to Kirchner, the threats were caused by her "friendship with Pope [Francis] and Argentina's support of the Israeli and Palestinian separate states existence."