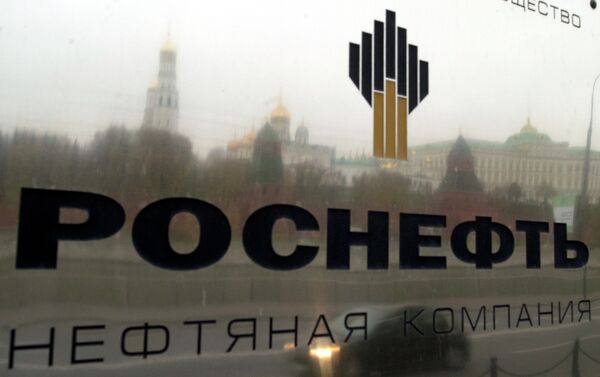 Russian oil giant Rosneft and US oil company ExxonMobil continue the drilling in the Kara Sea, however, the Russian company was prepared to continue work independently should plans have changed, Rosneft Vice President Larisa Kalanda said at the International Investment Forum Sochi 2014.

"The work at the Universitetskaya field is going in accordance to plans. We are satisfied with the decision from the American regulator that has authorized [Exxon's participation]… In the case that the regulator had not authorized Exxon to work at the field, Rosneft had its own plan and was ready to continue work on its own," Kalanda said.

"If Rosneft continued to work on the Universitetskaya project [independently] leading up to the field's commercial opening, partners would be required to enter a new round of negotiations to rejoin the project," she added.

Kalanda declined to comment on the exact date in which the drilling operations in the Kara Sea would finish.

"I would prefer not to name specific dates," she said, adding that, while adopting the work plan for the field, the company's specialists took into account the fact that there was little time to do the drilling.

In 2011, Rosneft signed a cooperation agreement with ExxonMobil to develop the East Prinovozemelsky blocks in the Kara Sea. In exchange for a share of 33 percent of the development in the Kara Sea, Exxon agreed to cover the majority of costs associated with exploratory drilling, which totaled more than $3.2 billion. Estimated recoverable oil resources in the three Kara Sea blocks stand at 6.2 billion tons, according to Rosneft.

Earlier, Exxon said it would assess the impact that western sanctions against Russia may have on their cooperation with Rosneft.