Shell, Total to Continue Work in Russia Despite Sanctions 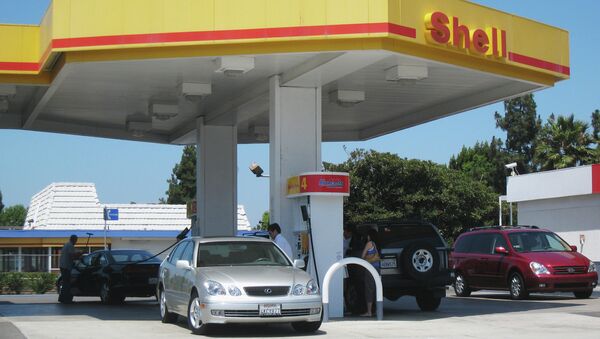 © Sputnik / Natalia Seliverstova
/
Go to the mediabank
Subscribe
International
India
Africa
European energy giants Shell and Total will continue the implementation of their projects in Russia despite the EU sanctions, the respective heads of the companies' divisions in Russia said on Friday.

SOCHI, September 19 (RIA Novosti) – European energy giants Shell and Total will continue the implementation of their projects in Russia despite the EU sanctions, the respective heads of the companies' divisions in Russia said on Friday.

"Our strategy regarding Russia remains unchanged. We have long-term projects, and we would like to continue our presence in Russia . . . We will work through the difficulties, hopefully, together," Olivier Lazare, the chairman of Shell Russia, a subsidiary of Anglo-Dutch oil and gas giant Royal Dutch Shell plc. said.

Lazare urged politicians not to target the energy sector, as it is a very fragile industry.

"There are sanctions, but we must continue our work. We do not like working under the sanctions, but we continue to work in spite of them. We will stay until the end," Jacques de Boisséson, general director of Total E&P Russia, daughter company of French energy major Total SA said.

Boisséson agreed with Lazare and noted that political issues should be solved using political means. The company leaders spoke to reporters during the International Investment Forum, which is currently taking place in Sochi.

Last week, the European Union and the United States ratcheted up sanctions on Russia over its alleged involvement in the Ukrainian crisis, a claim that Moscow has repeatedly denied.

The restrictions target the Russian banking, oil and defense sectors and banned the provision of technical and other assistance to Russian companies in the field of oil exploration and production, specifically in the areas of Arctic Sea drilling and shale oil projects.