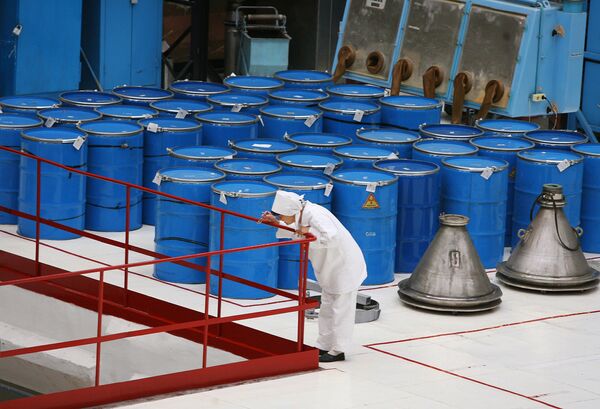 "Testing of the first full-scale fuel rod assembly TVS-4 with nitride fuel has been conducted. This assembly is designed to be loaded into a fast neutron reactor BN-600 - the third block of the Beloyarsk NPP [nuclear power plant]," the press service stated.

Such assemblies will be used on prototype nuclear reactors as part of the atomic energy of the future, RIA Novosti was told.

On September 16, the first batch of the newest nuclear fuel pellets for fast-neutron reactors were produced on another Rosatom site – the Mining and Chemical Facility in Zheleznogorsk, Krasnoyarsk Krai.

Nuclear power plants with fast-neutron reactors will substantially increase the fuel base of nuclear energetics and minimize radioactive waste due to the closed nuclear fuel cycle. Fast reactor technology is developed in only a handful of countries, and Russia is a world leader in this field.

Rosatom's Siberian Chemical Facility in Seversk, Tomsk Region was created in 1950s. It states meeting the needs of nuclear power plants in uranium for nuclear fuel and the production of energy as its goals.