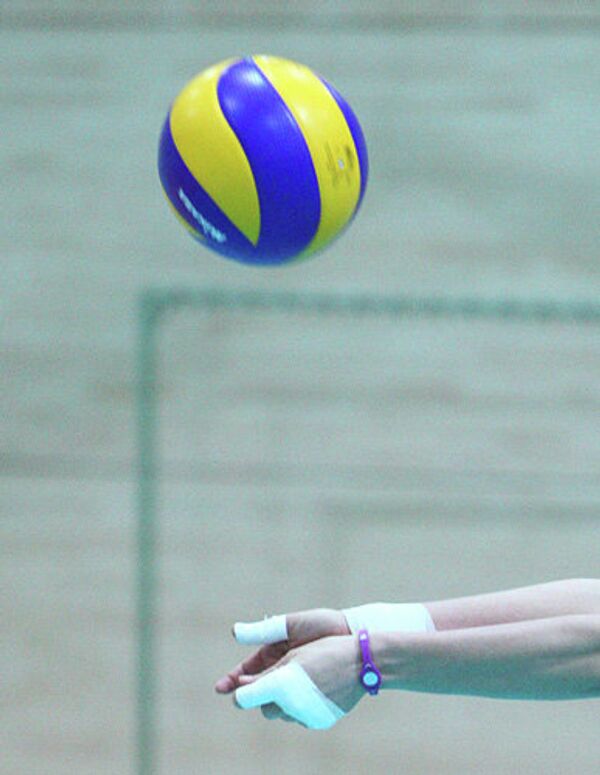 © Photo : Maxim Konyaev/PR+Sport
Subscribe
International
India
Africa
The brother of a British-Iranian woman, imprisoned in Tehran for attending a volleyball match, has called on the UK Foreign Office to help release his sister, the Telegraph reported Thursday.

MOSCOW, September 18 (RIA Novosti) - The brother of a British-Iranian woman, imprisoned in Tehran for attending a volleyball match, has called on the UK Foreign Office to help release his sister, the Telegraph reported Thursday.

Ghoncheh Ghavami has been held in the tough Evin prison in the Iranian capital for 80 days now without formal charge. She was detained after attending the volleyball match, something which previously Iranian women were banned from doing.

Ghavami claimed that she thought the ban had been relaxed after reading an article in a local newspaper.

"I spoke to the Foreign Office about a week ago. They said that they would send a diplomatic note to the Iranian government and wait for a response – but we haven't heard anything yet," Ghoncheh Ghavami's brother, Iman told the Telegraph Wonder Women.

Miss Ghavami who has a dual nationality was in Iran visiting family when she was detained.

Her brother claimed the police also came to his parents' home and seized all of the family's phones, laptops and other electronic devices, the Telegraph reported.

Iman Ghavami also claimed that his sister is being held in awful conditions and that this experience would most likely cause her serious psychological trauma.

"The prison is notorious. Ghoncheh is in the worst part of it and has been interrogated repeatedly [without a lawyer being present]. It's the worst place you can be. It's like something you see in the movies. The psychological conditions are awful. I've only seen one photo of it but my parents visited her yesterday [Wednesday] and they are at breaking point," the prisoner's brother told the Telegraph.

Iman Ghavami has set up an online petition, addressing both the UK and the Iranian governments, urging the release his sister. The petition already has about 40,000 signatures.

A spokesman from the Foreign Office said that British diplomats had raised Ms Ghavami's plight with Iranian authorities. However, Britain has no permanent diplomatic presence in Iran. In addition, Iran does not recognize dual nationality, so it is unlikely that London's claims will be considered.

A ban on women attending public football matches in Iran has been in place since 1979, and was extended to volleyball games in 2012.