UN Predicts Flooding and Major Droughts in South Africa in 2050 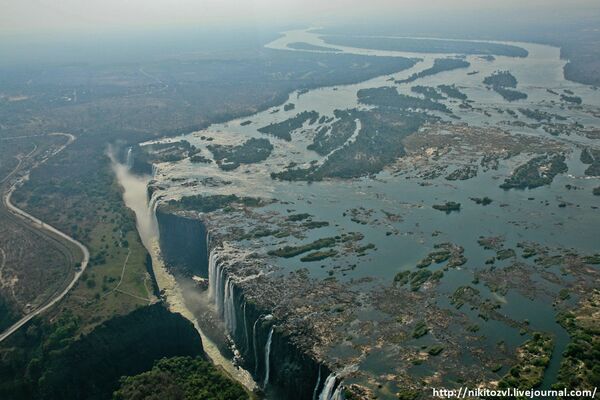 "Temperatures are expected to drop, leading to cold weather along the Western Cape coastline. We are expecting that most of the time there will be an 80% chance of showers, but in some places, such as the Northern Cape province, hot and dry conditions are expected. You will see a similar trend in the Eastern Cape province, as it gets much drier," the forecaster says in the video that shows how weather forecasts may look like in 2050, as the effects of climate change become more prominent.

Hot and dry conditions in the country's east could cause field fires and damage to crops, while the severe rainfall in the northeastern regions could flood tourist areas and cut off infrastructure, causing much economic loss. The changes in climate could also cause great damage to the regions' biodiversity.

"The heavy rainfall could lead to road accidents and flooding in homes and it could also lead to vulnerable communities becoming even more vulnerable," the presenter informs.

The World Meteorological Organization (WMO) launched its series of "weather forecasts from the future" on September 1 to raise awareness before this year's UN Climate Summit, which is set to take place on September 23.

A total of 14 forecasts from different countries are to be released before the summit. The reports are presented by real-life television weather forecasters.

Previously released videos warned of storm surges in Japan and the Philippines, coastal floods in the US and both floods and droughts in Brazil. Countries as far away as Burkina Faso and Denmark presented similar forecasts, with thunder storms, risk of flooding and temperatures rising up to 40°C.

According to the WMO, these devastating scenarios are based on "the most up-to-date climate science" and show a compelling picture of what weather forecasts could look like in just 36 years if the world fails to take action against climate change.