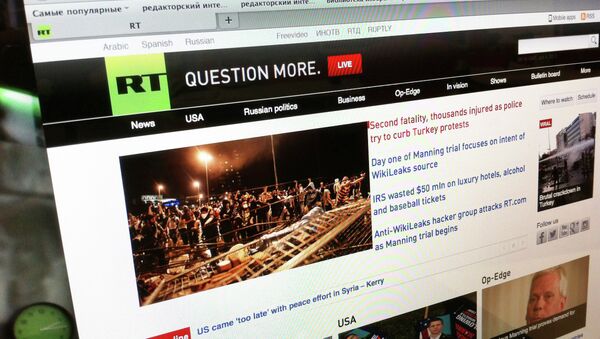 The Metropolitan Police is investigating an alleged death threat sent to British MP and host of RT's program Sputnik, George Galloway, the Guardian reported on Wednesday.

"Officers from the Palace of Westminster contacted the Met's Counter Terrorism Command on Monday, September 15 following the receipt of a letter intended for a member of the House of Commons. This letter is being treated as malicious communications," a Met Police spokesman was quoted as saying by the newspaper.

"No arrests have been made. Inquiries are ongoing," the spokesman added.

The letter sent to the Houses of Parliament along with an unknown substance, wrote that the Respect Party MP would "die from a deadly virus," according to the Guardian. Though Galloway's spokesman declined to comment at this time, Galloway confirmed via twitter of the attack tweeting, "The workers in the Post Room in parliament were the ones endangered and I'm grateful to them."

The letter was linked to the MP's controversial views over the Israeli-Gazan conflict and stamped with a postmark from Austria, according to a source.

The pro-Palestine MP spoke on Monday night at a No campaign rally preceding the referendum on Scottish independence and was heckled by protesters afterwards claiming he received a threat that he was "going to face a bullet."

Galloway was violently attacked in late August for his anti-Israeli views in the Notting Hill Gate area of west London and suffered from broken ribs and bruises to his head, according to Reuters.

Galloway is the target of protesters due to his strong views denying the state of Israel and previously declaring his constituency an "Israel-free zone" urging people not to buy Israeli goods or services.

Galloway's Sputnik show for RT touches on stories that have made the news, as well as looking for those that have not. Topics differ from politics to social concerns, while its main aim is to bring a new perspective and a different view to various topics.