Political Analyst: NATO Violated Each and Every Item of Its Agreement With Russia 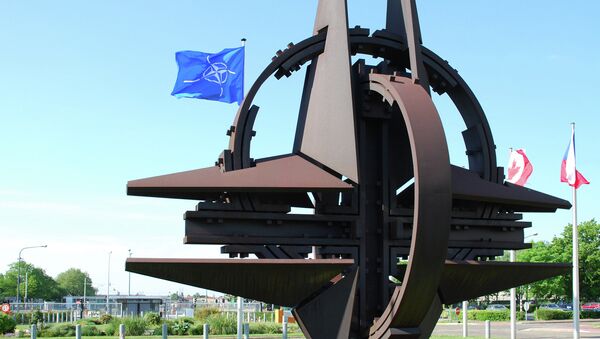 NATO’s Secretary General has accused Russia of being unwilling to build a partnership with the organization, but some Western analysts say it was the Alliance itself which “has violated nearly each and every paragraph of its agreement with Russia, which has stabilized Europe for a certain time”.

MOSCOW, September 16 (RIA Novosti) - NATO’s Secretary General has accused Russia of being unwilling to build a partnership with the organization, but some Western analysts say it was the Alliance itself which “has violated nearly each and every paragraph of its agreement with Russia, which has stabilized Europe for a certain time”.

“We have tried long and hard to build a partnership in a way that respects Russia’s security concerns and is based on international rules and norms... Regrettably, Russia has rejected our efforts to engage. Instead, Russia considers NATO, and the West more broadly, as an adversary," Anders Fogh Rasmussen said at a Carnegie Europe event that marked the end of his mandate as NATO chief.

He also added that Russia "has trembled" all of the agreements that kept the peace in Europe and beyond.

But German government consultant and publicist Christoph Horstel has argued that it was quite the opposite.

“I have re-read the NATO-Russia act right before this interview and I see very clearly, there is no thorough discussion necessary, that the paper in fact is dead”, he told Radio VR.

He attributes this death to NATO and accuses the organization of murder. “NATO has violated nearly each and every paragraph of this important paper, which has stabilized Europe for a certain time. And it has done so since at least, 2003, when Iraq was infected by an unauthorized invasion,” Horstel added.

Christoph Horstel also commented on the new round of sanctions against Russia and the fragile ceasefire in eastern Ukraine.

Political Analyst: NATO Violated Each and Every Item of Its Agreement With Russia

“Russia has made sure and made it possible that there are successful negotiations going on between the [southeastern] republics and the Kiev regime, in spite of all the mistakes and terrible killings this regime has carried out in its [southeastern] republics,” he said. “And still, the sanctions are coming. So, in fact, I feel that the policy of sanctions is now completely void of any real connection to the Ukrainian issue, where Russia is in a very good position and NATO has made itself against any law – against the UN Charter, and against any kind of international treaty they have signed.”

“What we have here is that the sanctions have come to Russia, because Russia is to be subdued, and pushed into obedience by NATO. That is the plan behind that,” he added.

Horstel also explained that what we have here is “the declared will of Washington to disturb the peace in Europe”. The US, he said, has no interest whatsoever in any person living in Europe or in Russia. They have no interest whatsoever in the well-being of the countries and the peoples living here. He adds that they definitely have a power-related and a greed-related interest in disturbing Russia’s relationships, in order to compel Russia to be obedient or start a conflict.

That, he says, could very well be an armed conflict.

It has been openly declared by foreign policy analysts and planning think tanks in the US that Russia’s delivery of raw materials and energy production to the EU must be put to a halt, he said. They want to disturb it and they want to stop it.

"Asked about a way out of the present deterioration of relations with EU and NATO countries for Russia, Horstel strongly urged use of the tool-box for "public diplomacy" or, as he put it: "people-to-people relations". In his explanation Horstel quoted Russian president Vladimir Putin in stating to German TV ARD, that there are about 650 foreign agent NGOs in Russia - whereas Russia maintains just two NGOs in western countries. This misbalance must be stopped immediately, Horstel said. "I appeal to all EU governments to open their minds, hearts and policies to allow this Russian effort to blossom", Horstel added."