MIT Top University in The World, followed by Cambridge and Imperial College London 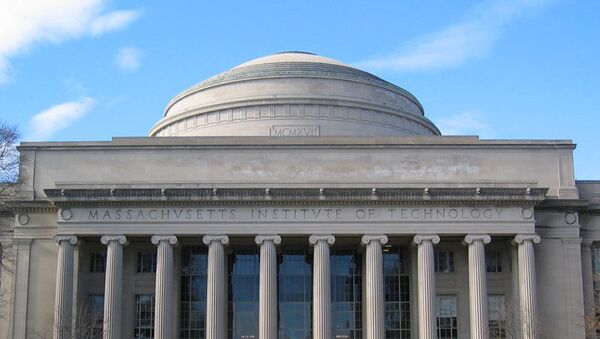 © Flickr / David Wiley
Subscribe
International
India
Africa
The Massachusetts Institute of Technology has been rated the top university in the world for the third year in a row in University Subject Rankings 2014, a report published by Quacquarelli Symonds (QS), a well-recognized educational institution rating service. The university managed to increase its citation index indicator by 14 percent.

The Massachusetts Institute of Technology has been rated the top university in the world for the third year in a row in University Subject Rankings 2014, a report published by Quacquarelli Symonds (QS), a well-recognized educational institution rating service. The university managed to increase its citation index indicator by 14 percent.

MOSCOW, September 16 (RIA Novosti) – For the third year in a row, the Massachusetts Institute of Technology heads the list of the best universities in the world, according to the QS educational institution rating service. Meanwhile, Harvard University has dropped out of the top three, according to the agency’s publication, University Subject Rankings 2014.

According to the most recent rankings, MIT also improved its citation index by 14 percent. The success of the school in the rating is based on its excellent faculty, as well as its high number of foreign teachers and students. Along with Harvard, MIT also received top scores for its scientific and business subject citations.

The top ten also includes Stanford University, the California Institute of Technology (Caltech), Princeton University and Yale University. Thus, according to the rating, six of the top ten universities in the world are located in the United States, which continues to lead the top 200 with 51 American schools in the list.

A total of 863 educational institutions were ranked. Among the top 200, 31 countries are listed. The US outranked the United Kingdom (29 in the top 200), Germany (13), the Netherlands (11), Canada (10), Japan (10) and Australia (8). The average growth in the citations index among universities in the top ten countries was 7%. Caltech retains the highest ranking in the world in this regard.

An agreement between QS and the information agency Rossiya Segodnya has resulted in the creation of a Russian-language edition of the tenth version of the QS ranking.

QS - Quacquarelli Symonds is a leading global provider of analytical information on higher education and employment search services. The service’s activity extends to 50 countries; it works with more than two thousand leading universities and twelve thousand employers. The company assesses and ranks about three thousand universities annually. To enter the QS ranking, a university must offer all levels of education, from Bachelor’s degrees to doctorates. Also, the school must cover at least two out of five areas of knowledge (the humanities and the arts, engineering and technical sciences, natural sciences, medicine and life sciences, social sciences and management). In 2013 the company ranked and listed 800 universities from 76 countries. In conducting research for the ranking, over 62,000 representatives of the academic community and over 27,000 employers were interviewed.