Lawmaker: Obama Did Everything Possible to Lose Russia as Partner 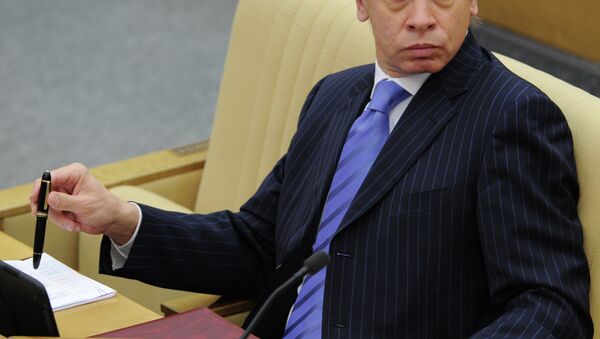 US President Barack Obama did everything possible to lose Russia as a partner, the Russian State Duma’s foreign affairs committee head Alexei Pushkov said Tuesday in a tweet.

“The United States says that relations with Russia is constructive?! That is complete nonsense. Obama has done everything to lose Russia as a partner,” Pushkov wrote.

"In fact, the relationship with the United States during the crisis on medium-range missiles in Europe in the early 1980s was not as bad as it is now," Pushkov said.

Relations between the United States and Russia began to deteriorate considerably as an armed confrontation in eastern Ukraine began in mid-April, when Kiev launched a military operation against independence supporters.

The United States accused Russia of backing the pro-independence forces in Eastern Ukraine, providing them with weaponry, and Russian army detachments of illegally crossing the border with Ukraine. Moscow has repeatedly denied the claims, calling the sanctions, imposed by the United States over Russia’s alleged role in the conflict an ineffective tool, which threatens international peace and stability and contradicts international law.