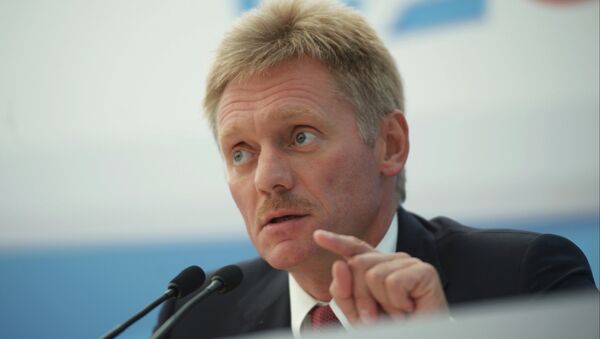 "Trying to paint this story into some political color is wrong and absurd," Peskov said, referring to attempts by some experts to find parallels between Yevtushenkov's case and that of Yukos Oil Company, which was declared bankrupt and the head of which, Mikhail Khodorkovsky, was imprisoned on charges of embezzlement and money laundering.

Earlier on Tuesday, Russian prosecutors pressed charges against Yevtushenkov over his suspected involvement in money-laundering. He was put under house arrest by a court ruling.

According to Peskov, Russian President Vladimir Putin has been informed of the situation.

"The president expressed hope that investigators would conduct an unbiased probe and find answers to all questions," Peskov said.

The Kremlin spokesperson also underlined "the importance of the understanding of the fact that no one has the right to convict anyone - in this case, Vladimir Yevtushenkov - until the court delivers its judgment."

One of Russia's richest men, Yevtushenkov was arrested on alleged charges of Sistema's unlawful acquisition of Bashneft oil company's shares. The court is to determine whether the shares Yevtushenkov legalized had been stolen from Russian Bakotorstan Republic's oil companies.