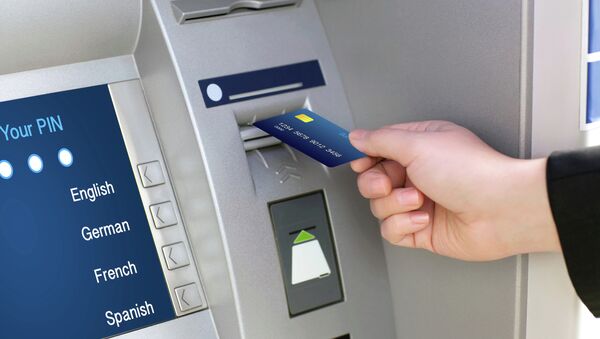 © Fotolia / Denys Prykhodov
Subscribe
As the referendum in Scotland approaches, Britain's banks are accumulating cash north of the border in order to cope with a possible surge in demand by Scots in case of a Yes vote on Thursday, The Independent reported Tuesday.

MOSCOW, September 16 (RIA Novosti) - As the referendum in Scotland approaches, Britain's banks are accumulating cash north of the border in order to cope with a possible surge in demand by Scots in case of a Yes vote on Thursday, The Independent reported Tuesday.

"This forms part of our contingency planning. We are, of course, monitoring the situation very closely from hour to hour," The Independent reported a bank source as saying.

Anticipating that people will want to move their money to English banks in the event of an independence vote, banks have started to ship more cash to secure locations in Scotland.

As yet there has been no sign of any increase in the amount of withdrawals from deposit accounts or ATMs. Moreover, Scotland's Finance Minister John Swinney in a statement in August reassured that the Bank of England would stand behind Scottish based banks, at least during the 18 month period between the referendum and "independence day" next March.

The long-standing issue of the Scottish independence is to be settled on the referendum scheduled for September 18. Initially planned by the ruling Scottish Nationalist Party as a three-option ballot (independence, independence-lite and further devolution with the remaining union), the referendum was allowed by the central British government (Agreement of October 15, 2012) to have two options only (independence, union). As a result, the majority of voters (around 60 percent would rather prefer an intermediate option of further devolution) have to make a difficult choice with no option that fully corresponds to their preferences, which makes the results of the referendum unpredictable even at this late stage.

If the majority votes for secession, Europe could witness the rebirth of the Scottish state on March 24, 2016.