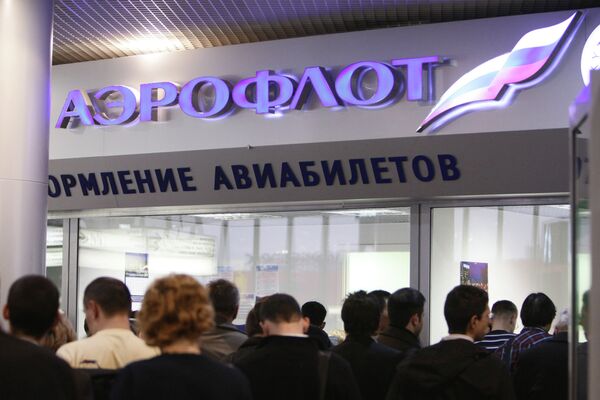 Russian flagship carrier Aeroflot said Tuesday it had set up a new low-cost subsidiary to replace its sanctions-hit airline Dobrolet.

Aeroflot’s new subsidiary was officially registered as Budget Air Carrier. Earlier, Aeroflot head Vitaly Savelyev said the company would replace Dobrolet, which had to stop operating due to the EU-imposed sanctions, with a similar company, adding that the new low-cost carrier is likely to perform its first flights as early as October 27.

He also said that Dobrolet’s successor would have a fleet of four planes by winter. The Russian cities of Samara, Perm, Ufa and Volgograd have been named as its destinations. The possibility of the budget carrier flying to Crimea has not been disclosed yet.

Dobrolet stopped flights this summer after Brussels put it on a list of companies targeted by sanctions over Russia’s alleged role in the Ukrainian crisis. The European Union said Dobrolet facilitated the former Ukrainian region’s integration with Russia by carrying out flights to Crimea.