Will the 300 Year Old UK and Pound Survive? 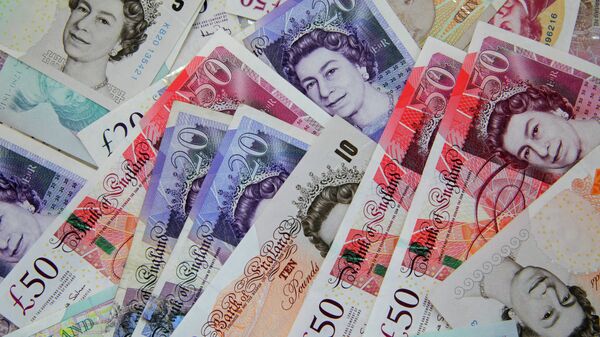 Unsurprisingly, the Yes voters in Scotland are getting more affirmative and less secretive about their preference for an independent Scotland.

EDINBURGH, September 15 (RIA Novosti), Andrew McKillop — It’s a classic process where a simple majority wins and there is only a Yes-No question to answer.

No Longer Certain ‘No’ Will Win

Yougov opinion polls now report a tiny majority in favor of a Yes vote. In the remaining days before the referendum wildcards will be more important than ever in deciding the result, but the simple fact that the Yes movement has recovered from a 20 percent lead of the No movement in previous months shows that we have a tidal shift underway. The momentum is there.

The emotional appeal for continued Union among the No vote camp is predictably getting strident. We are told by people who haven't lived for centuries that the UK we have known for 300 years will be gone. They certainly didn't know it for 300 years!

The No camp claims that full independence for Scotland will be even more of an economic disaster for it, than for England. The most interesting point is the No camp now allows itself to say England will also be worse off. Its previous line of patter was that only Scotland would suffer from its foolish vote for Independence.

Suddenly we hear that Arab potentates and Russian oligarchs will no longer be parking their funds in either England or Scotland if they separate. The GB pound will plummet, but with a much cheaper English pound the potentates and oligarchs should be happy to buy their London penthouses at 30 percent off the previous sticker price! What is the problem? Oh yes, the economy, debt and money.

What happens to the pound also affects and concerns the national debt and that national debt also concerns both English and Scottish private banks. After the 2008-2009 economic and financial crisis which started in the USA, the Scottish banks RBS and HBOS were particularly badly affected, with huge liabilities. The UK government was forced to “bail them out” with more than $100 billion of public money The extreme liabilities of the Scottish banks HBOS and RBS are in fact concern two international private banks with a very large number of English shareholders, as well as Scottish, and very large liabilities in English operations. The excesses of these two Scottish banks (like the excesses of English banks) in the run-up to the 2008 crisis are well documented – but are these automatically sovereign national liabilities?

At present they are treated that way, and the SNP's Alex Salmond has sought to reassure all parties that an independent Scotland would keep bailing out the banks in the same way as the Bank of England. The BO's ownership and the possible Scottish share of it, following independence, is a highly charged question. This is because the Bank of England, like the US Federal Reserve or European ECB is a supposed guardian of the banking and money system and “is not political”!

However, the Bank of England has limits to the money printing feats it can get away with, whatever its ownership. Depending on how England reacts, politically, to a majority Yes vote this ultra-critical question may be very rapidly answered. The answer may also be ultra-radical. If England forces the hand of the Scottish there may be unexpected events in this domain.

SNP spokespersons have many times caressed the option, or merely hinted at an independent Bank of Scotland going it alone, but none of them ever mentioned Argentina! The risk and threat is of national bankruptcy, like Argentina, leading to political confrontation by Scotland against its creditor countries and companies

Emotional spin in the patter from the No movement claims that the SNP's Salmond has already but implicitly-only said an independent Scotland “would dishonor its 120 billion GBP share of the UK national debt”. This is supposedly about 8.5 percent of the total for UK national debt but is unrelated to and vastly smaller than the total of all private bank (and finance sector) debt in both countries. The figure of 8.5 percent for Scotland's share of the UK's formal and official debt is published by both English and Scottish government sources.

These amounts of theoretical and formal debt are tiny compared with the massive total of real debt– the total of real debt is perhaps 2 or 3 trillion pounds — and it is mendacious to pretend that the numbers bandied around, of Salmond reneging on 120 billion are anything like the real world of private bank (and finance sector) liabilities hanging on the knife edge of constantly rising stock exchange values. Neither Scotland nor England could pay these debts in a worst case scenario financial market crash as in 2008-2009. As is now well known and documented, the crisis that started in 2008 soon became almost worldwide, and revealed huge debts and liabilities for all the major international private banks.

The Wee Haggis and the Oil Derrick

We should not forget the whisky still, either, to print on the new banknotes of the new Bank of Scotland central bank which has to go it alone due to English petulance and jealousy. Plenty  of the hard line campaigners for a No vote are saying that independent Scotland will have absolutely no right to use the pound sterling! It will have to go it alone. It will be a disaster for Scotland, somewhat like Argentina was for the Argentinians but it was all the fault of the “Silly Scots”.

The subject of British-sector North Sea oil of which Scotland controls about 90 percent of the declining British production is another intensely-worked theme of the Yes and No camps. The No camp has however been less than forthright in simply admitting that for FX-foreign exchange speculators and traders, having oil behind your money is good, and not having it is bad – for England. The traders aren't very bright on the details and in some ways couldn't care less if your oil production is declining and is high-cost. They need to speculate every day and they know you have oil! Whisky revenues and taxation have been somewhat neglected, but are considerable at about $6.75 billion for 2013 compared with revenues to Scotland, from North Sea oil and gas, of about $30 billion.

By a rather predictable but extreme piece of hypocrisy, outgoing EC chief Manuel Barroso, whose Commission has endlessly pleaded with oil-rich Norway to join the Union, has curtly said Scotland would not be welcome in the Eurozone or be able to use the euro. This in fact is nonsense. An independent Scotland could use either or both the euro and US dollar. Dollarized economies are in no way a rare or threatened species, and plenty of them have no formal relations with the US Treasury Dept. to operate and use the dollar in their economies.  Plenty of east European EU states which are not members of the Eurozone such as Hungary, Bulgaria, Romania have euro-ized their economies without incurring the wrath of the ECB in Frankfurt.

It is sure and certain the SNP wants sterlingization or the continuation of using the GB pound, but if push comes to shove, they have other options. On several grounds, Dollarization may be the better of the quick and dirty options but an all-new, all-Scottish money cannot be ignored as a major and serious option enabling Scotland to negotiate with England from a position of strength over bank debt and national debt. These in fact are the key issues – the degree of sovereignty attaching to the liabilities of what are international private banks which, when they regularly get into the messes they create themselves, suddenly proclaim their national identity.