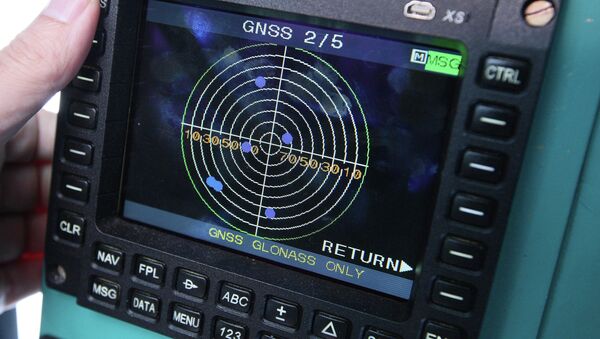 "We are working and ensuring the production of components for GLONASS satellites, they will be deployed according to the program. There are some difficulties, but this is our headache," Tyulin said, adding that the "goal number one" for the company now is to bring back the expert employees who have left the RSS in recent years.

Earlier on Monday, at the opening of the IV International School on Satellite navigation in Moscow, the deputy director general of the RSS, Grigory Stupak, said that Russia is planning to site three GLONASS Differential Correction and Monitoring Systems in China, two in Kazakhstan and one in Belarus in the near future.

According to Stupak, currently 19 out of 23 GLONASS stations are in Russia, three in Antarctica and one in Brazil.

According to the Russian space agency Roscosmos, the accuracy of the GLONASS system in Russia will be less than 1 meter, when the "Luch" correction system reaches full capacity.

Speaking at the same event, Deputy Chief Designer of Russian Space Systems, Victor Selin, said that in 2015 Russia will have an orbital constellation of 11 Land Remote Sensing Satellites.

"As of today, our constellation consists of six Land Remote Sensing Satellites (LRS). These are geostationary satellites, the low-flying Meteor type, and high-resolution Resurs-P type satellites. By the end of the year there will be eight satellites, and next year – eleven," Selin said.