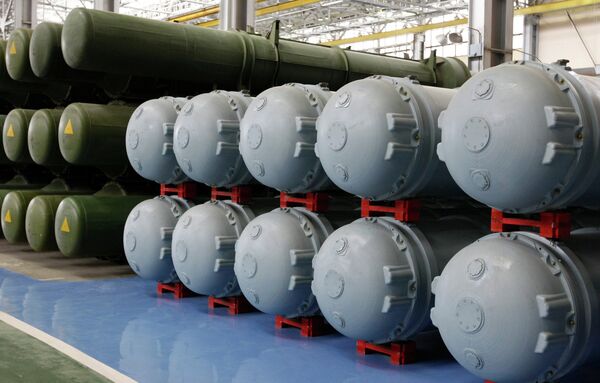 Almaz-Antey will take part in the Africa Aerospace and Defense Expo 2014 in Pretoria (South Africa) on June 17-21.

“The concern is interested in expanding cooperation with African countries as part of its right to conduct foreign trade activities independently,” the company said in a statement.

As part of its exposition, Almaz-Antey will showcase Tor-M2E and tor-M2KM short-range air defense systems as well as Buk-M2E medium-range systems.

Currently, Russia does not supply any air defense components to Africa.

Almaz-Antey Air Defense Concern was established in 2002, has its headquarters in Moscow and delivers final products to foreign customers through JSC Rosoboronexport, as well as operates as an independent entity engaged in military and technical cooperation. The main scope of the concern's activities is the production, modernization, repair and disposal of the air defense systems.