Prosecutors: Russia Lost $525 Mln in 2014 Due to Fraud in Defense Industry 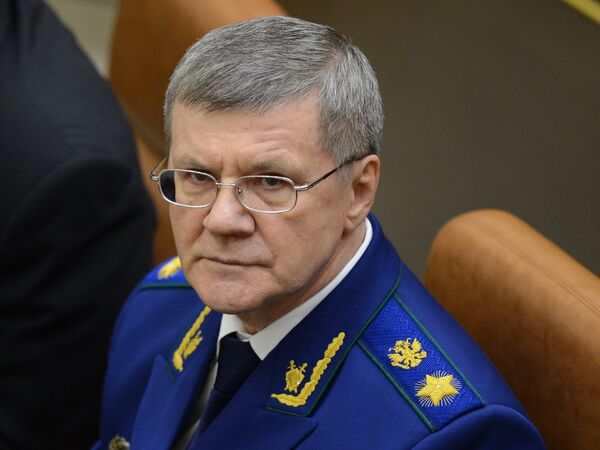 Russian prosecutors uncovered over 7,000 violations in activities of companies in the defense sector which led to the loss of over 20 billion rubles ($525 million) in 2014, Prosecutor General Yuri Chaika said Monday.

NOVO-OGARYOVO (outside Moscow), September 15 (RIA Novosti) - Russian prosecutors uncovered over 7,000 violations in activities of companies in the defense sector which led to the loss of over 20 billion rubles ($525 million) in 2014, Prosecutor General Yuri Chaika said Monday.

Chaika said during a meeting with Russian President Vladimir Putin that over 100 defense companies have been probed since the beginning of the year, including the United Shipbuilding Corporation, United Aircraft Corporation, the Sukhoi holding, as well as their subsidiaries.

"As a result, more than 7,000 violations have been uncovered...and over 300 administrative and 131 criminal cases have been opened," Chaika said.

"The amount of damages exceeded 20 billion rubles," he added.

Chaika noted, however, that the investigations have had a positive effect on the quality of military products and have halved the cost in a number of cases.

Speaking to Chaika, President Putin noted that the probes into the Russian defense industry should continue.

Last week, Putin took personal control of the Military Industrial Commission (MIC) and signed a decree on the abolition of the Federal Agency for the supply of arms, military and special equipment and material supplies, and the Federal Service for Defense Contracts. The functions exercised by the said agencies will now be shared between several ministry"s and government services, including the Ministry of Defense and the Federal Security Service. The measures are aimed at boosting the efficiency of the state policy related to the military-industrial complex.