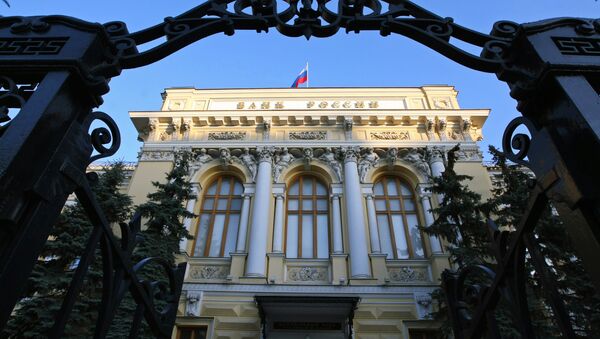 © Sputnik / Ruslan Krivobok
/
Go to the photo bank
Subscribe
The Russian Central Bank said in a statement Friday that import restrictions will have a short-term influence on price growth in Russia.

MOSCOW, September 12 (RIA Novosti) – The Russian Central Bank said in a statement Friday that import restrictions will have a short-term influence on price growth in Russia.

“The growth in inflation was also caused by the introduction of restrictions on foreign trade,” the bank said in a statement. “Further inflation dynamics will be determined, among other things, by how fast the economy adjusts to these restrictions. It is highly probable that the increase in the consumer price growth rate, caused by the above-mentioned factor, will be short-term.”

According to Russia’s State Statistics Service, prices gained 0.2 percent since September 1 and 5.8 percent since the start of the year.

On August 7, Russia introduced a ban on the import of foodstuffs from the United States, the European Union, Canada, Australia and Norway. The embargo targeting the import of meat, fish, dairy, fruit and vegetables came in response to sanctions implemented against Russia by the West over the country’s alleged involvement in the Ukrainian crisis. Moscow has repeatedly denied the allegations and called the measures counterproductive.

On Thursday, presidential aide Andrei Belousov told RIA Novosti that Moscow had prepared a new package of response measures, which include the restrictions on import of cars and textile products.