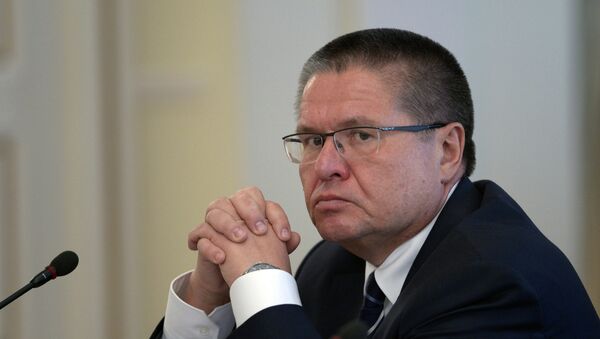 Russia will impose duties on imports from Ukraine and toughen customs and sanitary controls over Ukrainian goods from November 1 if compromise on Ukraine-EU association is not reached, Economic Development Minister Alexei Ulyukayev said Friday.

"We are seeking compromises in this difficult situation…It is our last chance," Ulyukayev told reporters prior to the second round of trilateral ministerial talks on the Ukraine-EU association agreement.

"If our partners refuse to listen to our arguments or consider them unconvincing, we will have to take protective measures," the minister said.

"If the ratification of the agreement takes place on September 17-18 with all remaining controversial issues that worry us, and if the agreement comes into force on November 1, we will introduce protective measures on the same date," he stressed.

Russia's Minister of Economic Development Alexei Ulyukaev, the European Commissioner for Trade Karel de Guсht and Ukrainian Foreign Minister Pavlo Klimkin will have a trilateral meeting in Brussels to discuss the possibility of changes to be made to the EU-Ukraine Association Agreement in order to minimize the risks identified earlier for the Russian Federation from the implementation of the agreement.

Moscow has repeatedly stated that the implementation of the agreement carries economic risk for Russian-Ukrainian relations.

The three parties already met in July and agreed to launch a consultation mechanism, aimed at creating more favorable conditions for trade and economic relations.

The Ukraine–EU Association Agreement is a treaty between the two, which presupposes political and economic association between the parties.

The political provisions of the association agreement between Ukraine and the European Union were signed back in March, after ex-President of Ukraine Viktor Yanukovych was ousted and the new interim government came to power.

The economic part of the agreement was signed by current Ukrainian President Petro Poroshenko in June.