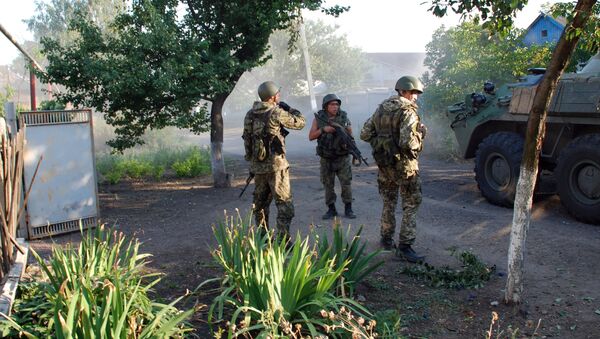 “We have facts and a criminal investigation [into] crimes against civilians – namely armed assaults and robberies – committed by members of volunteer battalions,” Yarema told reporters Wednesday.

According to Amnesty International, there are more than 30 volunteer battalions that have emerged in the wake of the conflict in eastern Ukraine that have been integrated into Ukraine’s security structures.

A two-week research mission to the region has found that some of the abuses committed by volunteer battalion members amount to war crimes, for which both the perpetrators and the commanders would bear responsibility under national and international law.

Since mid-April, the Ukrainian government has been conducting a military operation against independence supporters in southeastern Ukraine. According to the United Nations, more than 3,000 people have been killed and about 6,000 have been injured in course of the conflict.